You are here: Home / Reviews / ✅ Review: Paprika Jumpys from Funny-Frisch 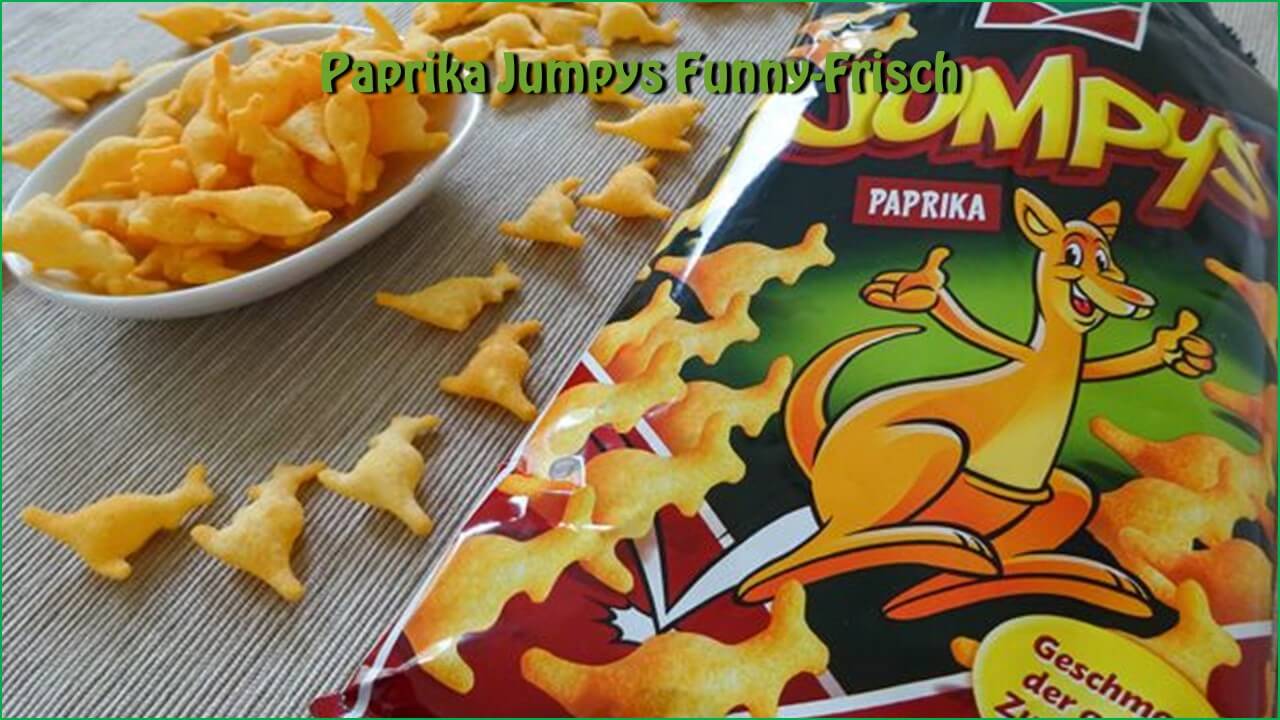 There’s a common joke that everything in the German snacks aisle will be paprika flavoured. If you find something different, celebrate it! It might sound a bit over the top but there’s a good reason for this stereotype.

In the UK the ‘standard’ crisp flavour would be salted. Here? Paprika. It’s seriously popular. For example? Walkers (or Lays) crisps are available here in paprika and Pringles offer not one, not two but THREE paprika based varieties. That’s some dedication to red pepper based flavourings!

These bouncy looking crisps are gluten free and suitable for vegetarians, made with 62% potato powder (or pulp, depending on your translation of it). They also contain sunflower oil, and both paprika and onion powder, amongst other things.

Each bag is 75g in weight, which makes it slightly odd for a portion to be 30g. “Geschmack, der auf der Zunge hüpft” roughly translates to “Taste that bounces on the tongue.”

Paprika really doesn’t do it for me as a crisp flavour in general. It’s quite a mild, neutral sort of flavouring. It works for me here though, helping to create a snack you can absentmindedly munch on without finding yourself overpowered by built up flavours or reaching for a drink thanks to an overabundance of salt.

The flavour is mild but present and consistent. There’s a gentle background sweetness to them and the airy crisp texture is delightful. As they’re so small, you don’t realise how much of the bag you’ve eaten until they’re all gone. Though that could just be me!

I’ll be honest, I’m not sure what possessed someone to come up with a puffed up, kangaroo shaped snack in Germany. I’m glad they did though as these Jumpys are awesome! So thank you, whoever decided this was a good idea. I agree! They’re cute, tiny and addictive.

No votes so far! Be the first to rate this post.

Eatexploreetc.com is a participant in the Amazon Services LLC Associates Program, an affiliate advertising program designed to provide a means for sites to earn advertising fees by advertising and linking to Amazon.com.

As an Amazon Associate we earn from qualifying purchases.